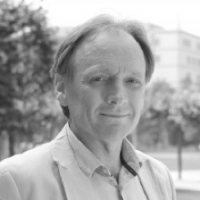 Berent Prakken (MD, PhD) is a professor of immunology and pediatrics at the Utrecht Medical Center Utrecht, the Netherlands.  He is also head of research and education of the Wilhelmina Children’s Hospital. Berent Prakken heads a translational research lab that focuses on regulation of inflammation and biomarker development in human inflammatory diseases. Prakken published over 170 articles (H index 37) in international journals, including Nature Medicine, Lancet, PNAS, J Exp Med, Immunity, JCI and Nature Review journals. He and his group received prestigious national and international awards and grants. The Prakken lab hosted a core facility for the Immune Tolerance Network of the NIH, and is an international expertise centre for biomarkers and the luminex technology. Prakken is editor and associate editor of several journals including the Annals of Rheumatic Diseases and the European Journal of Immunology. Berent Prakken was chair of the standing committee of pediatric rheumatology in EULAR, and member of the PRES council and EULAR executive committee. He is member of the steering committee of UCAN and has set up the first international platform for biological studies in arthritis (UCAN-U, www.ucan-u.org). He is coordinator of EUTRAIN, a EU FP7 Marie Curie Integrated Training Network (www.eutrain-network.eu), and partners in various other EU projects. Prakken serves in various national and international research advisory boards and is member of the Dutch National Health Council (‘Gezondheidsraad’). He was vice-chair of the institutional Ethics Review Board.

Berent Prakken’s personal commitment is to collaboration and training & education. Unconventional thinking and crossing traditional boundaries inspired him and his co-founders to set up the Eureka Institute for Translational Medicine (www.eurekainstitute.org).

Dr. Rosenblum is Professor of Pediatrics, Physiology, and Laboratory Medicine and Pathobiology. Dr. Rosenblum is a Pediatric Nephrologist and Senior Scientist in Developmental and Stem Cell Biology at The Hospital for Sick Children. He holds the Canada Research Chair in Developmental Nephrology (2005-2019). The focus of Dr. Rosenblum’s research is molecular mechanisms that control formation of the normal and malformed mammalian kidney. He is the author of over 100 peer-reviewed papers and chapters on this subject. Dr. Rosenblum is also Associate Dean, Physician Scientist Training, at the University of Toronto. As Associate Dean, he is Director of the Undergraduate MD/PhD Program and the Postgraduate Clinician Investigator Program, which together consist of over 150 physician scientist trainees. 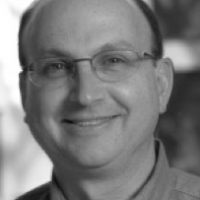 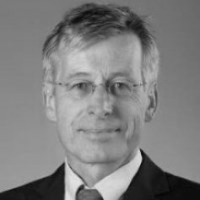 Roel Goldschmeding MD, PhD (born 1956), studied Medicine in Groningen and took his PhD at the Central Laboratory of the Red Cross Blood Transfusion Service, now “Sanquin”, University of Amsterdam (1992), where he identified the target antigens of anti-neutrophil cytoplasmic autoantibodies (ANCA), and developed and implemented antigen-specific semi-quantitative assays greatly improving diagnostics and monitoring of patients with small vessel vasculitides. During his residency in Pathology at the AMC in Amsterdam (1993-1997), he began investigating CTGF as a key factor in fibrotic tissue remodeling, and later established CTGF as a critical pathway modifier, biomarker and possible target for therapy in kidney fibrosis. In 1997 he became associate professor of Pathology at the UMC Utrecht, with special responsibilities in pathology of kidney-, immuno-/rheumatological, and (neuro-) endocrine diseases. Since 2010, he is Professor of Translational Pathology in Heart and Kidney at the UMC Utrecht, and continues to serve patient care, pre- and post-graduate teaching, and clinical as well as pre-clinical research in a broad network of national and international collaborators focusing on tissue remodeling in heart and kidney failure, which count among today’s major health care challenges. He is the Head of the Honours Programme Master at Utrecht. Roel Goldschmeding has spent sabbaticals at the University of Erlangen-Nuremberg in Germany (2004), and at FibroGen Inc. (San Francisco, USA), a biotech company involved in the development of anti-CTGF therapy (2007 and 2008-2009).

Marcel van der Heyden (1966) studied biology at the Utrecht University in the Netherlands. He performed his PhD research on cancer biology, and did two Post-doc positions in the area of developmental biology and Wnt signaling in the late 1990s. In 2000 he moved to the department of Medical Physiology at the University Medical Center Utrecht, The Netherlands and performed research on electrophysiological properties of cardiomyocytes derived from mouse and human stem cells. Currently, he is an associate professor at the department of Medical Physiology. His research focus is on potassium ion channel pharmacology and cardiac arrhythmias. He is associate editor of four peer review physiology journals and is secretary of the Dutch Society of Physiology. He published more than eighty papers in peer reviewed international journals. Finally, he is head of the bachelor Honours Program at the Medical Faculty, a prestigious program for the top 10% of second and third year medical students. 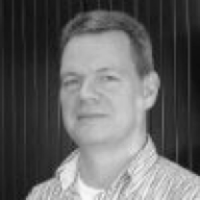 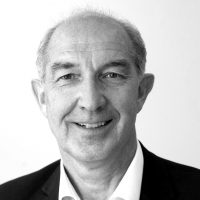 Prof. Pijpers has been President of the Executive Board of Utrecht University since October 2017.

Prior to his presidency, Anton Pijpers was vice president of Utrecht University and Dean of the Faculty of Veterinary Medicine.

Anton Pijpers (1958) studied Veterinary Medicine at Utrecht University, where he also received his doctoral degree in 1990. In 1991, Pijpers was appointed Senior Lecturer at the Department of Herdhealth Veterinary Medicine, which appointment was followed by the positions of Professor of Veterinary Pharmacy in 1993 and Professor of Poultry Health in 1996. From 2000 till 2009, Pijpers has been acting as Director of the Animal Health Service of the Netherlands. Furthermore, since June 2008, he was affiliated with Utrecht University as part-time Professor of Monitoring Animal Health.